Films for teens with Macondo in Romania 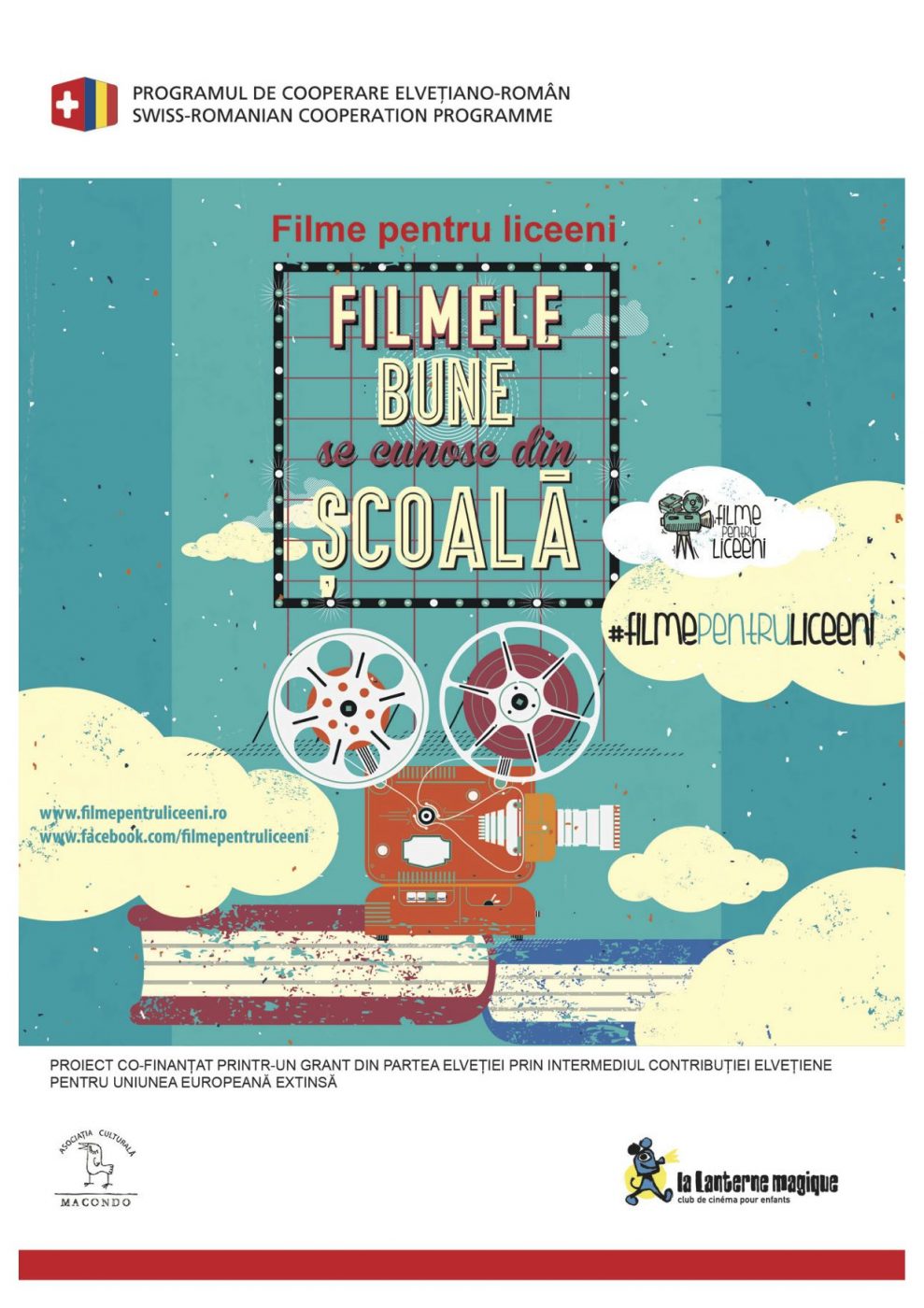 Films for teens, a collaboration between Asociaţia Culturală Macondo and The Magic Lantern, is one of the biggest cinema education programmes developed in Romania. During 2015-2016 the project managed to gain 15.000 high school students and teachers from 90 high schools in 14 cities, who watched 6 contemporary art films, followed by debates in various cinemas and cultural spaces.

Implemented between April 2015 and November 2016 (20 months), the programm Films for teens presented movies like «Mustang» (Deniz Gamze Ergüven, 2015) to engage young people in critical and creative thinking about different social issues. The social topics related were: youth with disabilities, gender equality, communication between different generations, the challenges of adolescence or family planning.

Films for teens included 8 cinema lessons developed in collaboration with The Magic Lantern, which cover diverse subjects as: a short history of cinema, film genres, documentary and fiction, planet cinema, women in cinema, cinema language or animation film. The cinema education guide includes not only theoretical information but also a series of fragments from different movies that makes it easy to understand and practical activities that can be accessed online.

Moreover, in order to be able to conduct an extracurricular cinema class, the teachers involved in this programme participated in a series of 6 workshops lead by Romanian film critic and cinema educator, Ileana Bîrsan.

Films for teens represented a unique initiative that involved representatives of the Romanian Ministry of Education and other state institutions that supported the programme in a country that has the smallest number of cinema goers in the European Union. As a result of this collaboration Asociaţia Culturală Macondo elaborated at the end of the project a statement paper that explains the importance of a closer link between cinema education and the actual high school curricula and recommends the following: the introduction of an optional cinema education class, the signing of a partnership between schools and cultural venues such as film theatres and also cinema archives, a better cooperation between the Ministry of Education and the Ministry of Culture and last but not least, the implementation of a system that encourages and rewards the teachers for participating in cinema education activities.

More details about the project on filmepentruliceeni.ro

Macondo Cultural Association is a Romanian organisation which believes in an authentic way of living, with creative and enriching experiences. The association was founded by Daniela Bacanu in 2007, with the desire to increase the level of film education in Romania, to promote art and independent films, to increase media literacy level in Romania, to develop innovative cultural projects and to support young filmmakers and art enthusiasts.

The project Films for Teens is co-financed by a grant from Switzerland through the Swiss Contribution to the enlarged European Union. The project is supported by National Ministry of Education, School Inspectorate of Bucharest and Casa Corpului Didactic Bucharest.